One Scandinavian movie for each day of the week!
Come for all, or come for one.
15-foot projection screen.
English subtitles.

A hard-drinking Icelandic farmer and his estranged brother band together to save their flocks of sheep from authorities who want the animals destroyed.
“The film is most memorable for its gravity, for the almost tragic nobility it finds in sad and silly circumstances.” – A.O. Scott, The New York Times

Alarm dispatcher and former police officer Asger Holm answers an emergency call from a kidnapped woman. When the call is suddenly disconnected, the search for the woman and her kidnapper begins.
“A high-concept, low-budget and skilfully muscle-tensing Danish thriller to which you can imagine more than a couple of eager Tinseltown execs angling for the remake rights.” – Guy Lodge, Variety

After two years in prison for participating in an illegal street race, Roy says no to a new illegal winter race from Bergen to Murmansk in the North of Russia. But then he hears that his daughter will participate with a boyfriend.
“Norway’s take on the Fast & Furious movie” – Lutafisk on Reddit

Jussi Ketola returns home to Finland from America at the beginning of the Great Depression, hoping to live quietly and farm the land. But his fellow Finns, still raw from the ravages of the Civil War, cannot trust Ketola. One night he is forcefully taken across the Russian border, where he must cooperate with the local security police where he gets a new identity and a new life.
Based on the novel of Antti Tuuri, inspired by true events.
The movie features intense themes for mature audiences.
Danish actress Sidse Babett Knudsen in supporting role.

Farcical sex comedy set in Stockholm: Valle is a pilot who loses his job, his wife and his house at the same time. His radical solution is to put on a wig and a dress and to apply for a job that requires a certain quota of women. However, the lines between his female and male life, as well as his personal and love life, start blurring and eventually becomes too much to handle.
“Sweden’s take on Tootsie” – The internet

Come drink to Saint Urho! The legend of Saint Urho was the invention of a Finnish-American named Richard Mattson, who worked at Ketola’s Department Store in Virginia, Minnesota in the spring of 1956. Mattson later recounted that he invented St. Urho when he was questioned by coworker Gene McCavic about the Finns’ lack of a saint like the Irish St. Patrick, whose feat of casting the snakes out of Ireland is remembered on St. Patrick’s Day.

According to the original “Ode to St. Urho” written by Gene McCavic and Richard Mattson, St. Urho was supposed to have cast “tose ‘Rogs” (those frogs) out of Finland by the power of his loud voice, which he obtained by drinking “feelia sour” (sour whole milk) and eating “kala mojakka” (fish soup). The selection of the name Urho as the saint’s name was probably influenced by the accession of Urho Kekkonen to the presidency of Finland in 1956. Urho in the Finnish language also has the meaning of hero or simply brave. 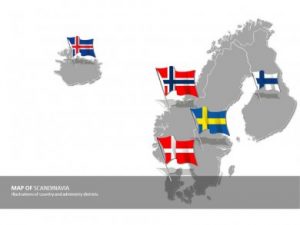 Public group where anyone (even if you're not a club member) can join and post.

Official Facebook page where the club posts about events and announcements.